When moles damage lawns, they become of great interest to homeowners.  Understanding moles are key to controlling them.  Listed below are mole facts regarding the habits, diet, and control of moles in the lawn and landscape. 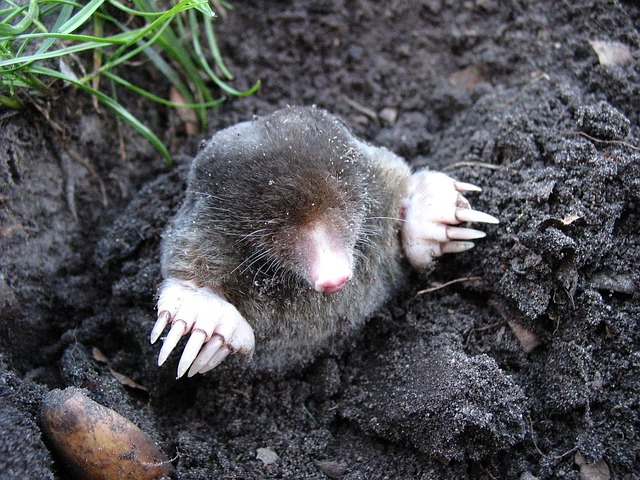 Controlling Moles in the Lawn and Landscape

Live in the Cincinnati Ohio area and need help controlling moles? We can help!

For more information about moles, check out these external resources:

Moles and Their Control – University of Nebraska Neb Guide

Many people spend significant time and money beautifying their lawns, working hard to showcase their beautiful, green, healthy turf. Then, they wake up one morning, coffee in hand, and peer out the window. To their dismay, they freak out as they see their lawn torn up, dropping their java on their beautiful carpet. Their turf has been under attack, unraveled like a cheap sweater.

Hello. I’m Paul, and I am here to help you. Today, I will help you avoid making mountains out of molehills. As the Boss Hogg of Flying Pig Pest Control, I want to pass on some valuable information to help you identify what is tearing up your yard.

The mounds and tunnels may have appeared overnight. It can take only a few hours for this damage to occur. It often happens so fast that the unsuspecting homeowner has no clue that the invasion is coming.

The culprit: moles. Or maybe just one mole. Maybe two or three or more. One mole, however, can create hundreds of feet of tunnels in just one day. With its paddle-shaped feet and digging claws, the mole can tunnel even through the densest clay. When the mole is close to the surface, it pushes up the ground, creating raised tunnels. When the mole burrows deeper, it may excavate the tunnels by depositing dirt on the surface, forming mounds.

We often get calls from frustrated homeowners who see what they believe to be moles. Some correctly identify mole damage, while others do not. Need a diagnosis? Here is your identification guide.

First, understand that moles create only tunnels and mounds. They do not create “holes.” Therefore, there is no such thing as a “holey-moley.”

Moles that are burrowing deeper below the surface cannot push up mounds, so they excavate the soil by pushing up dirt at a 45 degree angle.  When they are just beneath the surface, they form tunnels as they travel.

Now here are some examples of what are not moles:

We often get calls from homeowners saying that moles have torn through their mulch, creating tunnels throughout the landscape, and pushing up the soil and the mulch. In most cases, this is moles. However, when someone calls and says that moles have invaded their mulch, creating holes everywhere, it is something entirely different. Sometimes people mistake holes from chipmunks and other critters as moles. To learn more about what may be causing the holes, see this article by Purdue University.

One homeowner saw chimney-like crawfish mounds in his yard. Crawfish can be found in portions of lawns that are essentially a “wetland” throughout the year, usually near a pond or other water source.

Moles can be controlled by trapping or baiting. Some traps are more effective than others, and the same applies to mole bait. Some baits are completely ineffective, while others, when properly applied, achieve great results. If you live in the Greater Cincinnati, Ohio area, we can help! Learn more about mole control and our programs here.